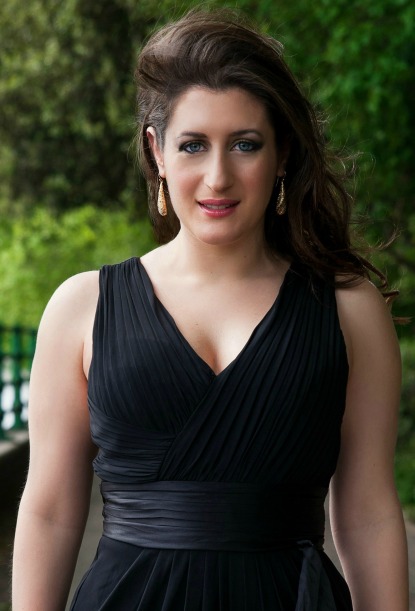 June 2020: Studies at the Guildhall School in London

Nina is pleased to have been offered a place at the Guildhall School of Music and Drama in London, to study on their PG Certificate in Performance Teaching for 2020-21.

May 2020: Eugene Onegin with Instant Opera, London – this has been postponed due to the coronavirus pandemic

Nina will perform the role of Tatyana for a concert performance with Instant Opera on 17 May, making her role debut in Russian.

April 2020: Vox Madras Easter Concert, Amir Mahal, Chennai – this has been postponed due to the coronavirus pandemic

On 8 April Nina will conduct Vox Madras in a concert of choral and opera works for Easter. We are grateful to  Nawabzada Mohammed Asif Ali – Dewan to Prince of Arcot, for inviting us to perform at the family’s beautiful historic palace, the Amir Mahal.

April 2020: Art Song Festival 2020, Chennai – this has been postponed due to the coronavirus pandemic

India’s first art song festival will take place across a series of venues, including concerts, workshops and masterclasses given by visiting artists. This new festival, directed by Nina, aims to bring western classical art song to new audiences in India. The opening concert takes place on 16 April at Goethe-Institut Max Mueller Bhavan, where Nina and pianist Karl Lutchmayer will perform Beethoven and Schumann. More details to be announced shortly.

In December the newly formed vocal ensemble Vox Madras, led by Nina, gave their debut concert of Christmas choral and opera classics to a packed auditorium at Chennai’s Goethe Institut.

Nina was a member of the Philharmononia Chorus (as part of their Professional Singers ensemble) in November, when they performed Mahler’s Eighth Symphony in Lille. The choir performed alongside the Orchestre National de Lille at the Auditorium du Nouveau Siecle, conducted by Alexandre Bloch.

In 2019, Nina will be joining the music faculty at KM Music Conservatory in Chennai, India, where she will teach Western Classical singing, musicianship, performance masterclass and music history.

Nina has graduated from the Royal Academy of Music with a distinction and the Grabowsky Connell Prize, awarded for high achievement throughout her studies. This summer Nina will study with Joseph Middleton and Amanda Roocroft at the Brel Academy of Art Song, for which she is gratefully supported by the Nicholas Boas Charitable Trust.

On 10 June, Nina joined Opera Cabaret for their evening gala concert, performing arias and ensembles at London’s Cecil Sharp House. At the end of May, Nina gave her final recital at the Royal Academy of Music, for which she was awarded a distinction.

In April Nina was pleased to appear in a lunchtime recital at the Royal Academy of Music, performing songs by Duparc, Wagner, Britten, Tchaikovsky and Rachmaninoff alongside pianist Leo Nicholson. In May, Nina will give a lunchtime recital for Opera Prelude with tenor Richard Dowling, and join Guernsey Choral and Orchestral Society for a performance of Rossini’s Stabat Mater.

Nina will be the soprano soloist in Rossini’s Petite Messe Solonnelle on 24 March, joining The Camden Choir for an evening concert at St Paul’s, Covent Garden.

February 2018: Performances at the Royal Academy of Music

Nina will be appearing as Bellini’s Norma in the Vocal Faculty Opera Scenes performances on 8 & 9 February at Rudolph Steiner House theatre. She will also be joining pianist Leo Nicholson for a masterclass with Helmut Deutsch, working on German Lieder.

Nina is pleased to have been awarded third prize in the Joan Chissell Schumann Lieder Prize at the Royal Academy of Music, accompanied by pianist Leo Nicholson. Finalists performed individual recitals of Schumann lieder in an evening’s concert on 23 January, with judges Graeme Broadbent and James Cheung.

This December Nina was pleased to be selected as a young singer with Opera Co-Pro, performing in a masterclass and concert of excerpts from Mascagni’s Cavalleria Rusticana at the Italian Cultural Institute in London, with conductor Nicholas Chalmers and soprano Carmen Solis. Nina also made her debut as the soprano soloist in Bach’s Christmas Oratorio, performing with the Barnes Choir under Julian Collings.

Nina is pleased to have been selected as a Josephine Baker Trust Artist at the Royal Academy of Music. The Trust offers performing opportunities to selected young singers at the Academy through concert and recital engagements.

Nina is very happy to have been invited to join Opera Prelude as one of their young singers. The charity supports the development of young singers through performance opportunities, masterclasses, financial support and career development. Nina made her Opera Prelude debut this October, singing in a masterclass with renowned tenor Neil Shicoff at London’s Caversham Room, Cadogan Hall.